Interested in learning how
we can support your outcomes? 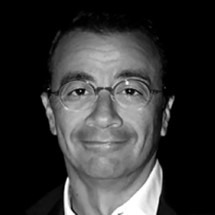 Quantela, an urban infrastructure and smart-city services provider, was eyeing a public listing for either later this year or in early 2023, but the poor performance of the US stock markets has blurred that timeline, CEO Amr Salem told Mergermarket.

“It’s not the right time for anyone to be going out there … so we’re going to hold off a little bit,” he said.

Founder Sridhar Gadhi, who was CEO until Salem took the role two years ago, is still its majority shareholder, he said. In total, Quantela has raised USD 42m in equity and convertible debt, a company spokesperson said.

In equity, Quantela has raised a total of USD 31.6m from 2018 to 2021 via a Series A and Series B, the spokesperson said. Digital Alpha and Energy Impact Partners are among its investors.

When hiring advisors for a future IPO, Salem said Quantela will leverage its relationships through its investors. As part of Cisco, a limited partner of Digital Alpha, Salem helped advise on its 2018 investment in Quantela.

When asked for comparable publicly listed companies, Salem pointed to California companies C3.ai[NYSE:AI] and Samsara[NYSE:IOT], which he noted focus on industrials rather than government.

While waiting for better market opportunity for an IPO, the company plans to scale both organically and through more acquisitions, Salem said. Last year, Quantela acquired the Indian business of TerraCIS Technologies, a digital land registration business, as well as CIMCON Lighting, a manufacturer of street light controllers and remote management software.

It is currently “actively qualifying” more acquisition opportunities, said Salem. It is looking to learn about synergies such as company culture, complementary products and market fit, he said.

In the past, Quantela has received investment offers from industry strategics, but those companies didn’t carry enough business synergies, he said. Though the market’s downturn has dented valuations for early-stage companies, Quantela (founded in 2015) is financially well-positioned with 70% of projected revenue for 2023 already booked and 50% booked for 2024, Salem said.

Quantela aims to reduce the time and expense that governments and cities typically spend on the processes of land registration and records management, according to a press release. It uses data and predictive analytics to solve issues like energy consumption and traffic for the public sector as well as private clients that manage large public spaces, such as sports arenas and shopping malls.

The company collects fees (such as a share of generated revenue) based on project outcomes; it does not charge subscription fees like software-as-a-service (SaaS) models. Salem said a revenue-sharing model helped Quantela build relationships with governments as they searched for ways to reduce costs during the COVID-19 pandemic.

“We no longer have to bid for RFPs (requests for proposals) or any of that,” Salem said. “We are seen as partners and even investors in some of their outcomes.”

Digital Alpha is the lead investor in the company’s outcomes financing model, in which Quantela pays the initial capital in an outcomes-based project in exchange for a share of the resulting revenue or savings, the spokesperson said. It has received USD 29m in outcomes financing since June 2020.

In the private sector, Quantela recently announced a partnership with New York-based advertising company Liquid Outdoor to collect and analyze data for outdoor ads, including how many people view each ad.

By Josh Armstrong in Charlottesville, Virginia